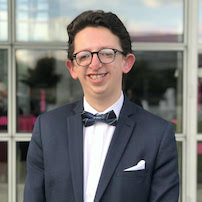 Teaching Experience : Mark has just completed his LLM at the University of Cambridge, having been awarded a full scholarship and a distinction overall. He previously graduated from University College Dublin with a First Class Honours BCL (Law and History) degree, where he was a Scott Scholar. He spent time studying abroad in Sydney at the University of New South Wales. He undertook the Bar Professional Training Course at BPP University Law School as a Gray's Inn Baroness Hale of Richmond Scholar. He achieved an Outstanding on the BPTC. He will commence pupillage at a leading public law chambers in October 2021. Mark has extensive experience within the legal industry, having completed several mini-pupillages at leading Chambers in London, including Brick Court Chambers, Blackstone Chambers and One Essex Court. He spent time as a vacation scheme student at both Freshfields and Herbert Smith Freehills in London, and time at one of Ireland’s leading commercial law firms. Mark was offered several training contracts before deciding to train as a barrister and is thus ideally placed to support students who are applying for vacation schemes, training contracts, mini-pupillages or pupillage. Mark has an extremely impressive mooting background, having won multiple competitions including the Cambridge University Human Rights Law Moot and the Irish National Moot Court Competition. He has also published four articles in the University College Dublin Student Legal Service Journal. He was named the 2019 Irish Law Student of the Year at the Irish National Law Awards in recognition of his academic, professional and personal achievements.