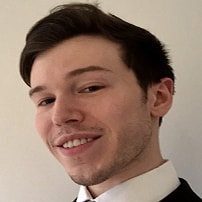 Teaching Experience : Dr. Alfie has recently completed a DPhil in Comparative Japanese, Russian, and Japanese International Arbitration Law at the University of Oxford. Dr. Alfie has an excellent academic track record: he has received distinctions both on the GDL at BPP, and on the LLM at UCL. Having received a distinction on the GDL, Dr. Alfie went on to receive distinctions in Russian Commercial Law, Japanese Commercial Law, English-US-German Comparative Contract Law, and International Arbitration Law. In his second year of legal studies Dr. Alfie co-authored a piece on Comparative Arbitration and Insolvency Law, which went on to win the prestigious International Insolvency Institute Award and which has since been published in the Norton Journal of Bankruptcy Law and Practice. His specialty areas are international private law (with a focus on international arbitration and investor-state arbitration), and commercial law (with a focus on comparative analysis, and contract law), and legal writing. With a wide academic background (having previously studied languages, linguistics, and literature) Dr. Alfie is perceptive to each individual student's needs in master each individual area of law, translating to a dynamic teaching method designed to best help each student as an individual reach a higher understanding of the topic of hand.