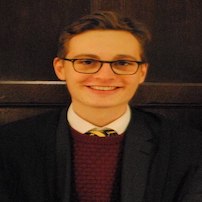 Teaching Experience: Philip came to the law via a history degree from Oxford University, where he was awarded the Laura Quelch Prize for achieving the highest thesis mark across his College (his dissertation focused on religious propaganda during the American Civil War). He subsequently undertook the Graduate Diploma in Law at City Law School, achieving a commendation grade overall and a distinction in European Union Law – EU Law, as well as public law, is something he is particularly interested in, having interned at the European Parliament during his gap year. During his GDL studies, Philip was involved in a range of law-related extra-curricular activities. For instance, he reached the final-rounds of a number of prestigious inter-varsity mooting competitions, including the Times-2TG moot and the LSE-Featherstone moot, as well as internal City competitions. As for pro-bono, Philip volunteered with the School Exclusion Project, an initiative that helps parents contest their child's removal from mainstream education. In terms of prior teaching experience, Philip has assisted A-level students with their course work in various humanities subjects as well as consulting on Oxbridge applications. He spent a summer as an undergraduate teaching at a Boarding School in China. Philip is currently studying the BPTC at BPP Law School, Holborn, and thus, as a student barrister, prides himself on effective communication skills. In the long-term, he intends to pursue a career at the Bar, specialising in complex personal injury and clinical/professional negligence.